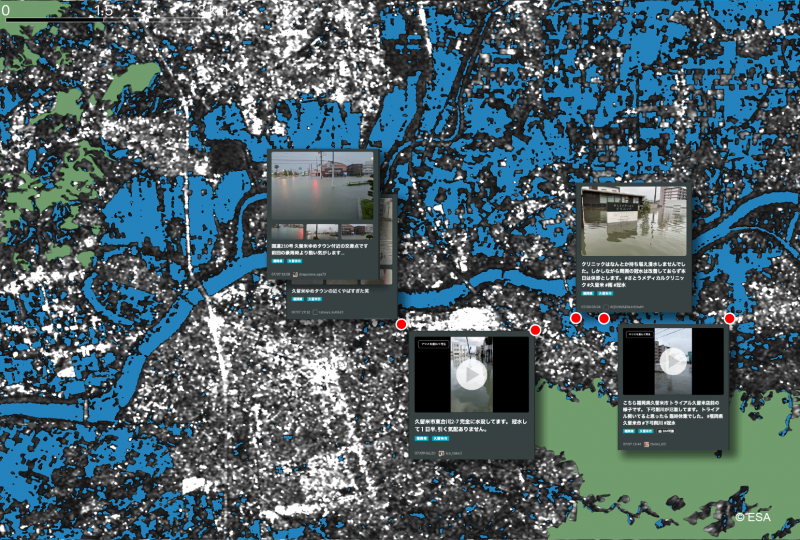 In tandem with the rapid expansion of the use of data obtained by Earth observation (EO) satellites, the accuracy of obtained information is still limited due to infrequent update frequency and limitations in resolution. On the other hand, when a disaster or incident occurs, and when information about that situation emerges on various social media platforms such as Twitter, etc., a large amount of information is sent out into the internet comprised of images and videos from witnesses and various parties on the ground. By utilizing AI, etc., technology to automatically extract such information from social media platforms has been improved.

Therefore, by combining Space Shift’s automatic analysis technology for satellite data using AI and the AI technology for automatic analysis (JX PRESS Corp.’s “FASTALERT” information platform) using content posted on social media platforms, satellite data can now be acquired over a wide range. Against that backdrop, Space Shift engaged in the development of a “comprehensive intelligence system” that automatically analyzes a wide range of events from around the world with high accuracy by taking advantage of the characteristics of social media analysis data, which is easy to handle in terms of information update frequency and accuracy.

The “FASTALERT” information platform developed by JX PRESS Corp. uses AI to collect and analyze risk information such as that regarding disasters, accidents, and incidents, etc., as posted on social media platforms. This information can then be used by many organizations, such as by the crisis management departments of public institutions and companies, key commercial broadcasting stations, NHK, newspaper companies, and many other media outlets.

◎ Improved accuracy of analysis results such as for flooding, all by using satellite data from posts made on social media

For example, when a flooding event such as a typhoon occurs due to abnormal weather patterns, which have been increasing in recent years, satellite data can be used to analyze the situation of damage on the ground, such as for inundated areas and inundation depth. The amount of situations where this information is being used by national governments, local governments, and insurance companies, etc., is increasing. However, there so far have been limits to the resolution that can be acquired on the ground via common forms of satellite data, and it can be difficult to fully grasp the state of inundation damage of each individual house, for example, especially in urban areas. On the other hand, in analyzing the multitude of information about damage that is often immediately uploaded to various social media platforms, it is possible to understand the inundation situation at specific points in more detail from the images and location information included in various posts, but it heretofore has not been possible to obtain information on many different points. In the system developed this time, by supplementing the analysis information of satellite data with the analysis data uploaded to social media platforms, it becomes possible to apply high-precision data from specific points to a wide range, and this enables the highly accurate estimation of damage over a wide range, such as in the case of flooding.

Against this backdrop, we can apply similar processing to not only disaster events but also to events that can have great impact on the world, such as in COVID-19, which is causing problems on a worldwide scale, as well as for automatically analyzing changes occurring on a global scale—all by using satellite data. No matter the case, Space Shift aims to develop technology that can complement actual states of change with high accuracy in tandem with information gleaned from various social media platforms. 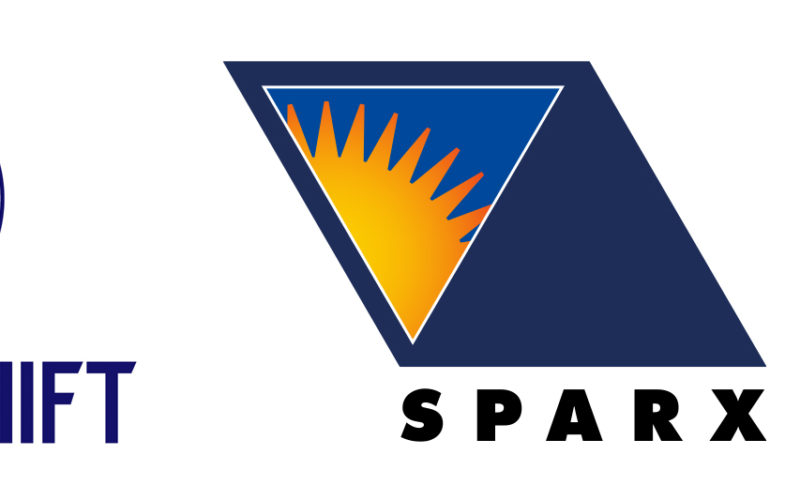